The Charms of Japan

Lately, the number of people coming to Japan is increasing due to various reasons, including – tourism, learning overboard, work etc.

This for us, the people of Japan, is a really good thing. This means that Japan has something valuable to offer.

Something, what other countries do not have.

On the other hand, when you start to think about what is good in Japan, you also begin to see the current problems of this country.

That is why in this article I would like to introduce Japan to you from both sides – its charm, and also difficulties to overcome.

Let’s start with the good side 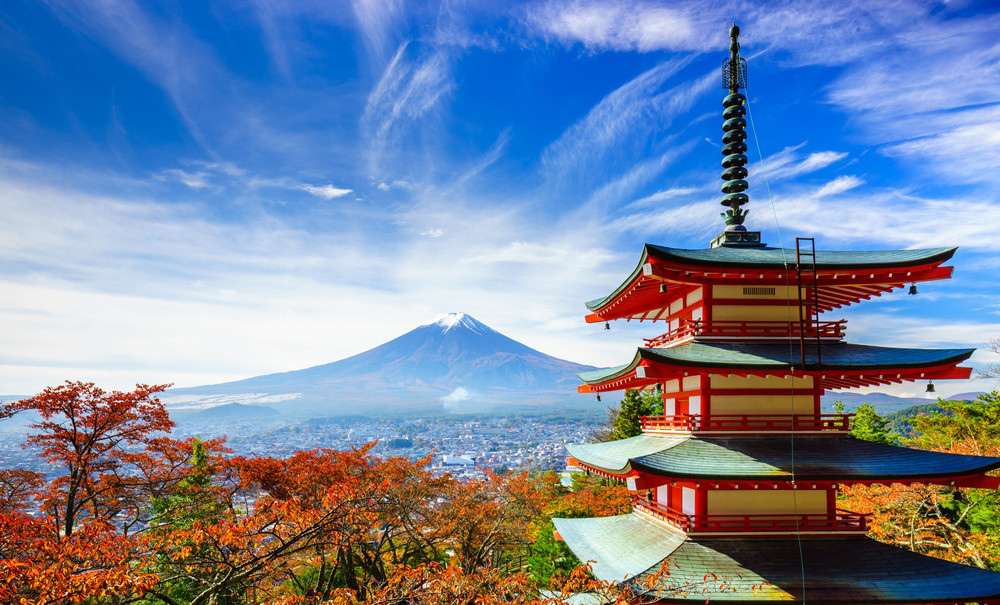 Have you ever been thinking about charm of Japan?

Recently, I am seeing foreigners not only in tourist spots, but also in regular areas.

So I thought “Does this mean, that there is a good reputation to some degree?”, and started thinking about Japan’s charm.

Just like the saying “O-kyaku-sama ha Kami-sama” (lit. “The customer is god” which is equivalent to “The customer is always right” in English), Japanese customer service is known globally as having very high level standards.

While being outside of Japan you might have experienced it already where employees who are on cash registers, will often sit on their chairs, and talk to each other, while not being very friendly to the customers.

Japanese seeing it for the first time may sometimes become confused.

On the other hand, Japanese are doing their best to offer the customer pleasant experiences, by always smiling and being polite.

You can say, that it’s the Japanese nature of “taking care of one another”, to “always be polite”, and that Japanese hospitality “omotenashi” is on a rather high level.

It’s a safe place to live 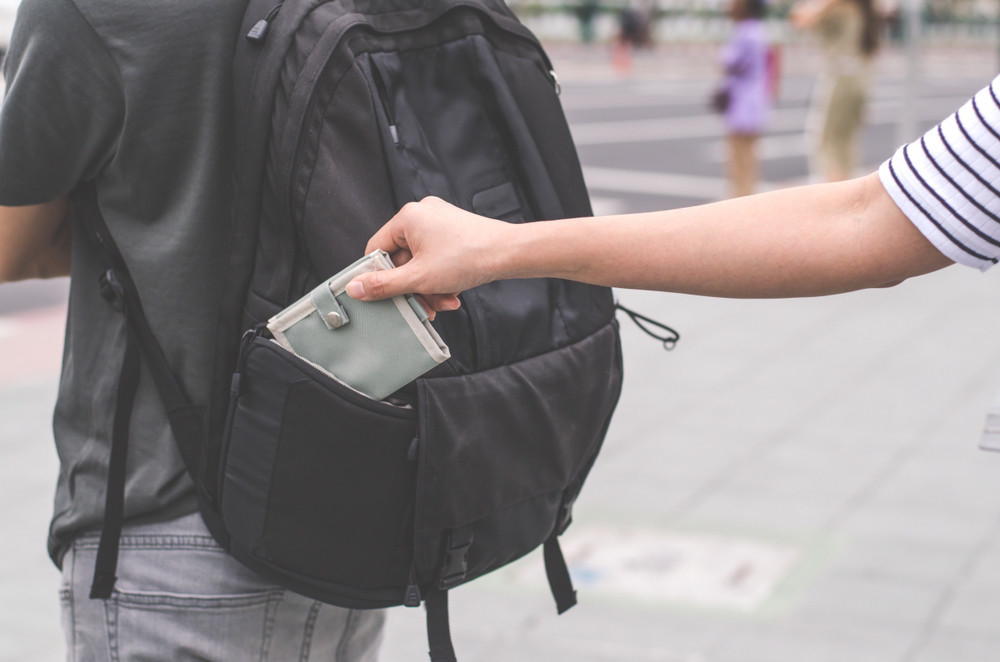 I hear a lot of stories about surprised foreigners, who “have lost their wallets when traveling in Japan, but it was delivered to the police box (station) and it came back”.

From a global perspective, in Japan there is a really small amount of cases of pickpocketing or baggage theft.

It means that in Japan you can live quite peacefully.

Walking alone during the night 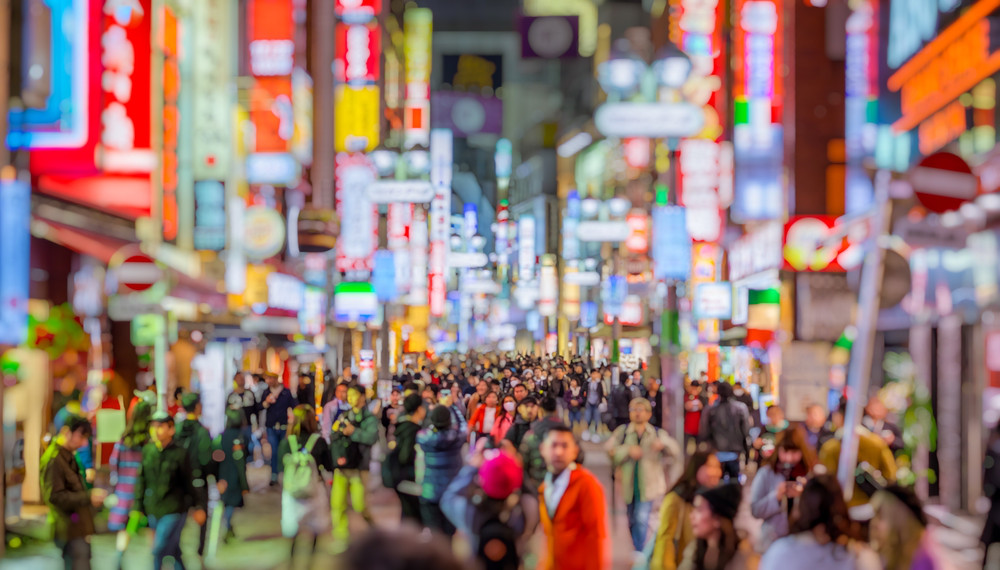 Since Japan is known as a safe country, even if you go outside in the middle night, thanks also to the light of the convenience stores or vending machines, it is rather safe to walk only by yourself.

There is a comparatively small number of robberies and rapes, so you can walk even if you are a woman.

Also it’s worth adding, that seeing vending machines practically everywhere is a fascinating sight to many foreigners. 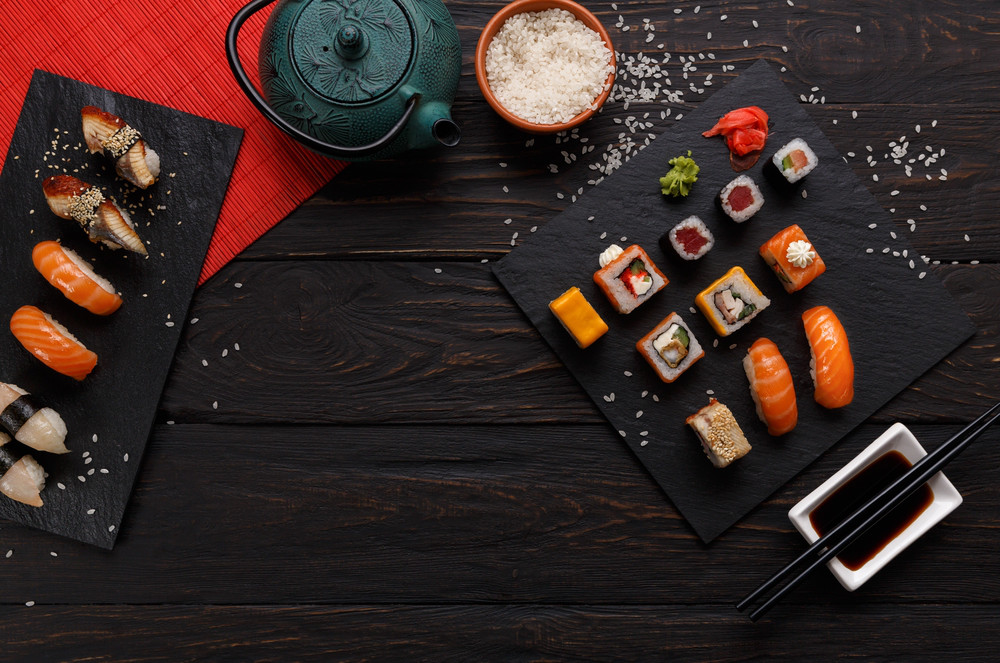 Did you know, that on December 2013 Japanese cuisine has been added to UNESCO’s Intangible Cultural Heritage as “Washoku: Traditional Dietary Cultures of the Japanese”?

It means that what is natural for us Japanese, the Japanese cuisine has been acknowledged as a unique and exceptional food culture.

Respecting tastes with diverse ingredients which make you feel the four seasons, as well having a healthy nutritional balance and using optimally temperatured dishes results with an all-year around experience – that is the main reason.

Japanese cuisine is not only special, but in going to Japan, foreign tourists are able to try it anytime and anywhere.

It is not too much to say, that the so deeply rooted Japanese cuisine is one of the main charms of Japan.

High awareness towards the time 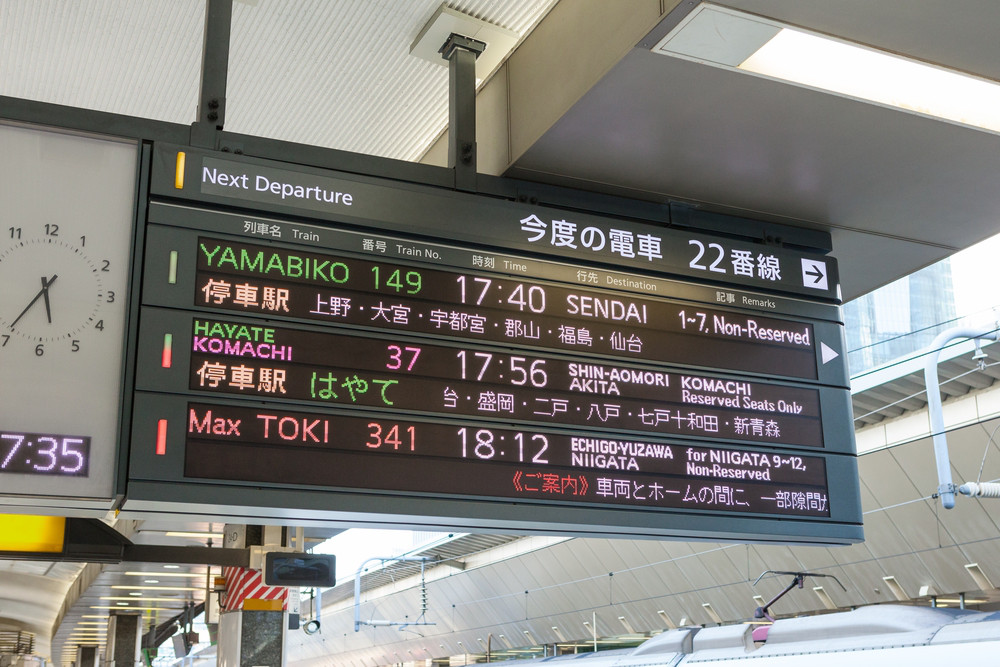 It’s often said, that Japanese are quite rigorous regarding the time.

You can explain this by using the example of adherence to the time schedule for public transportation such as trains.

Every train or bus has its own schedule and every time of arrival is written in a very detailed way.

Scheduling itself is the same like in other countries, but the problem is, does the transport work according to it?

Japan is known for highly regulated driving, with attention being paid to every single minute.

However, in a lot of other countries, delays or early arrivals are a part of the norm.

The Japanese precise way of thinking regarding time is itself special and we can also say, that it connects later to the human relations and each other’s trust.

Living everyday life with an awareness that “being on time is obvious” is proof, that the people surrounding us are important to us. 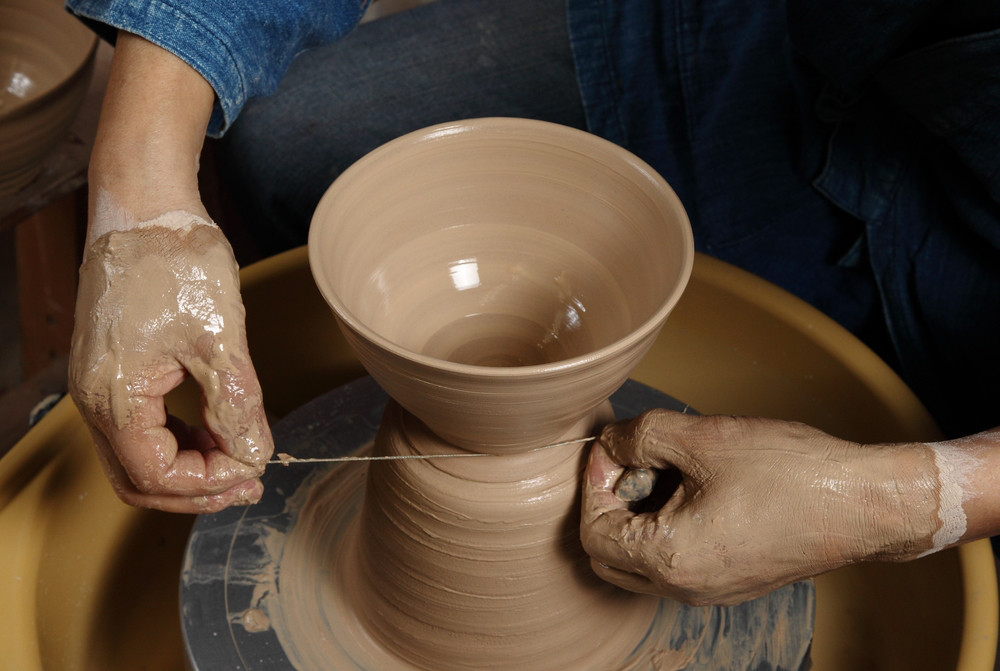 Japan is full of beautiful things worthy of admiration.

It’s impossible to talk about Japanese craftsmanship without mentioning the word “sophisticated”.

You may also notice that as soon as you look at Japanese traditional handicraft – it has a unique style and a very strong sense of art.

And it’s not limited only to the traditional crafts, but also applies to clothes and electric appliances – wherever you look, you will witness the best use of the refined technology which promotes even further growth.

There are also a lot impressed people in regards to the glass craftsmanship.

You will find tourists going back to their countries with purchased clothes made in Japan, due to their durability and longevity.

Japan is full of wonderful things, but there are also things to deal with which need a attention.

According to various predictions, the number of foreigners is going to increase even more than as of now, therefore all Japanese people should notice the upcoming problems and work together towards solving them.

In regards to already confusing things for Japanese people, for foreigners, who have are not used to these things, it may be even more confusing.

In trains and buses 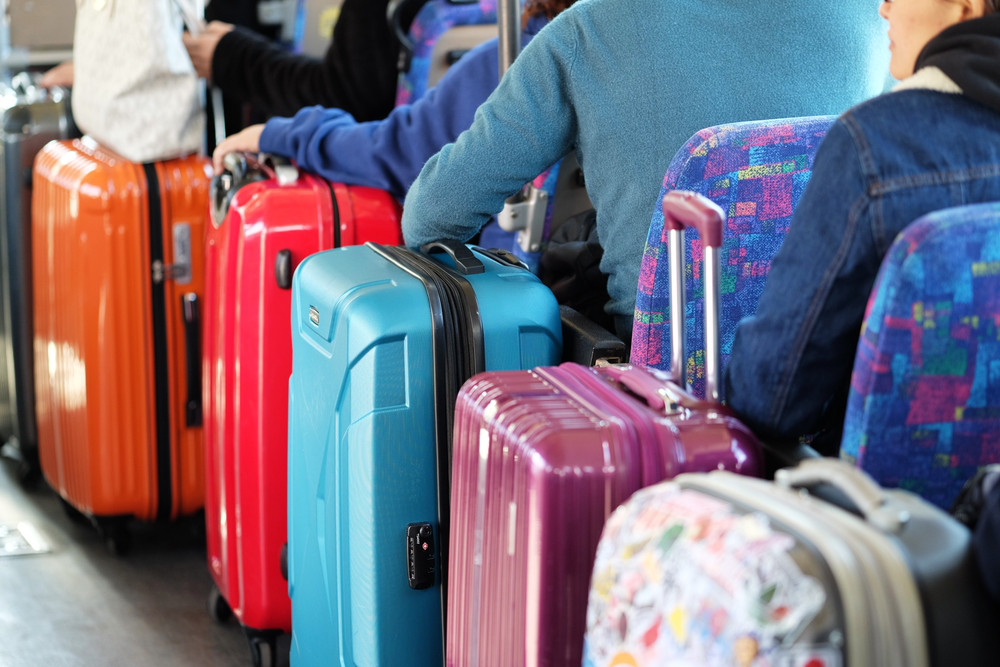 Plenty of Japanese have a huge problem with initiating conversations with strangers.

It’s even harder when talking to foreigners.

Japanese learn difficult English words and grammar at school, but the number of people using them are rather small.

Consequently, when they meet lost foreigners in busses or on trains, they cannot help him as effectively as they would like to.

Japanese trains and buses may sometimes be confusing, and since Japanese people are not able to communicate freely with the foreign tourists, they may seem to appear as unkind.

Towards people who have lost their way 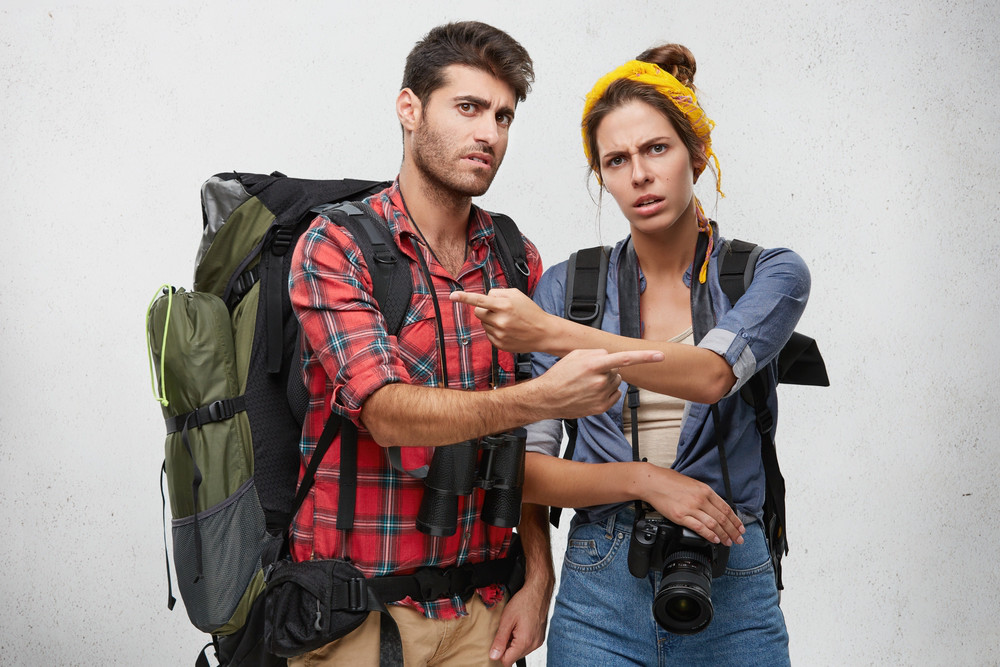 We can say the same thing when talking about cases where people have ended up lost.

Those who had a chance to travel overseas, may have had an experience of trying to reach their destination in a completely unknown territory.

A lot of Japanese people have a broad field of view, so they are able to notice people in trouble quickly.

On the other hand, even if they notice someone struggling, they may still be unable to talk to them.

Even if they have enough skill to understand the problem, without proper confidence in their language skills they cannot help effectively.

Towards people in trouble

This point will not only be towards foreigners, but also in general, because even some Japanese tend to overlook the people in trouble – even if they will notice it, they may just pass by.

Since there are cases of Japanese lacking communication skills even among Japanese, as well Japanese who are harsh both for themselves and for others, for tourists coming to Japan it may be a message that Japanese are not kind towards foreigners.

Japanese people have a tendency to be very reserved around new faces and they might not feel that they could deal with that particular problem by themselves.

Lack of places with free Wi-Fi 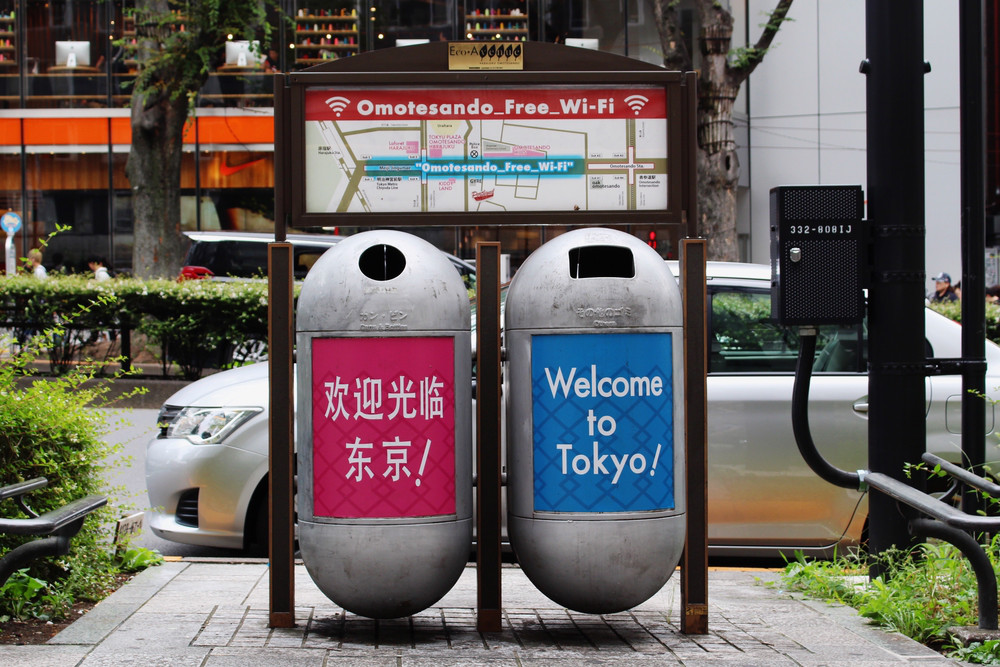 The dawn of the internet era is not only limited to Japan.

While comparing to other countries, internet has spread in Japan during the recent years very widely.

But there are still problems to deal with, for example, the level of free Wi-Fi spot spreading still being particularly low.

If you go to other countries, you can use internet at various hotspots for free, which comes very handy while traveling.

Still, while in Japanese restaurants the situation has got a little better, the Wi-Fi hotspots at train stations where people are gathering still need to be better implemented.

Street signs are hard to understand

For Japanese living in Japan, street signs are understandable at first glance.

It’s because they are written while using the Japanese writing system.

But for foreigners who don’t know the Japanese language at all, those kind of signs are incomprehendable.

Sign revising has already started by adding illustrations or adding description in different languages – especially at tourist spots – but in general, in terms of improving the Japanese street signs, there is still a lot of work to do. 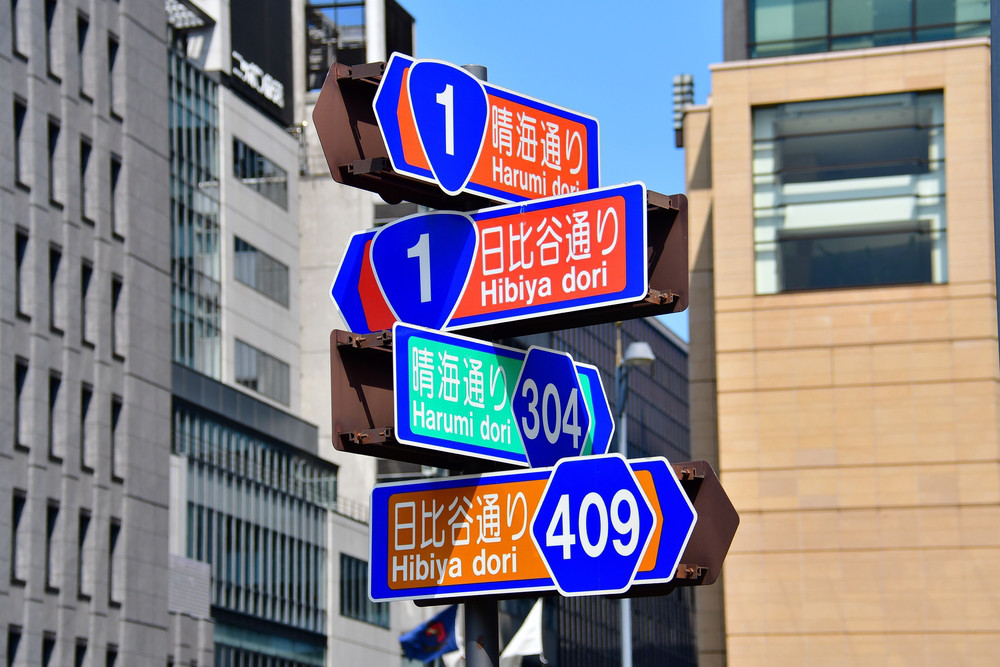 Japanese streets do not have names like overseas, but are more written in the the style of “National Route #”.

Probably, if on the street signs and maps there were names of the streets written, there wouldn’t be so many people getting lost.

Japan should make it more clear for not only Japanese, but also guests coming from foreign countries.

From the perspective of foreigners, Japanese addresses are extremely confusing.

It’s now also very unique, since even Korea who have had similar system, changed it to the Western system in 2014.

Japan is the only country in the world to write the address in the way that it does.

Western roads have names written on them and every block has a number written on it in a chronological way, so when foreigners are coming to Japan they find the local address system rather complicated.

Sometimes instructions have to start from the explanations about the differences between Japanese and Western addresses.

In this article I have introduced you to the good and bad sides of Japan. It’s charm and current problems.

Japan, while having four seasons and fantastic points related to traditional culture, is also under the process of globalization and the problems which come with it.

Nevertheless, those problems should be gone within some time, and with ongoing improvement, Japanese charm should grow with it even more in future.

Recommended Local Gourmet Food and Restaurants while Sightseeing in Okinawa