Surrounded by mountains and the sea, Kamakura is an area where you can enjoy nature while exploring the lush temples and shrines along the coast.

There are many spots where you can feel free to refresh on a day trip from Tokyo.

Easy access from Tokyo and Shinjuku, about 1 hour from central Tokyo and about 30 minutes from Yokohama.

Kamakura which is rich in nature has many temples and shrines where you can see the flowers of the four seasons and the scenery of hydrangea and autumn leaves is superb.

If you are visiting Kamakura for the first time, we recommend the classic spots such as Tsuruoka Hachimangu and the Buddha of Kamakura, as well as cafes and restaurants overlooking the sea.

Located in the center of the ancient capital of Kamakura in 1063, “Tsuruoka Hachimangu” is known as a shrine named after the first shogun Minamoto no Yoritomo.

The shrine at the back of the mountain is beautiful and is one of Japan’s three major Hachiman Shrines.

It is 5 minutes from Kamakura Station to Nino Torii, but we recommend a leisurely walk about 2 km from Yuigahama.

Kotoku-in (Buddha of Kamakura) in Kamakura City is a temple of the Jodo sect, the founder of the Hounen sect.

It is the only Buddhist statue to be designated as a national treasure, with a height of 11.31m and a weight of 121 tons which is exactly the symbol of Kamakura.

At the time of completion, the whole body was covered with gold leaf, but the Buddha collapsed due to the effects of the earthquake and tsunami and it is now the Buddha. 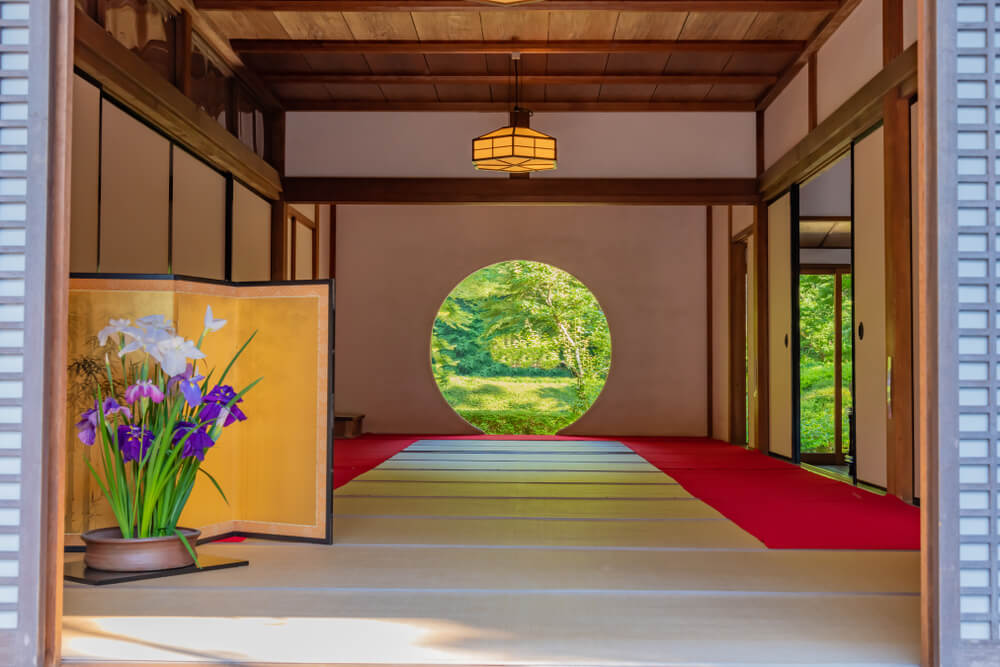 Founded in 1160, “Meigetsu-in” is a temple originating from Meigetsu-an, which is located in the lush green Kita-Kamakura.

As a temple of the Kenchoji sect of the Rinzai sect founded by Hojo Tokimune, the entire precincts of the temple have been designated as a national historic site.

The area around Meigetsu-in is surrounded by mountains and there are thousands of hydrangeas on site.

Among the hydrangea famous places in Kamakura, it is called “hydrangea temple” and continues to be loved by many people.

The flowering period is from the end of May to the end of June and the beautiful hydrangea color is called “Meigetsuin Blue”. 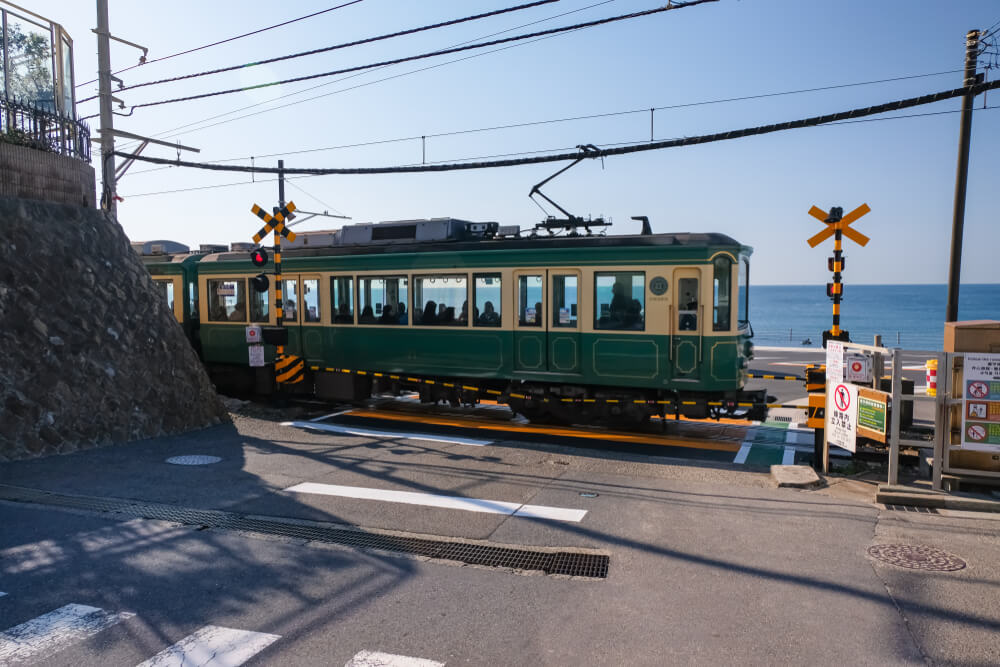 Kamakura High School, located in front of the station between Fujisawa and Kamakura, is a popular station near the sea of Shonan.

The blue water of Shonan which stretches out in front of Kamakura High School was selected by Enoden as one of the 100 sights in the Kanto region.

The small railroad crossing near Kamakura High School Station is the opening stage of the popular anime “Slam Dunk” and is a shooting spot popular with Taiwanese fans. 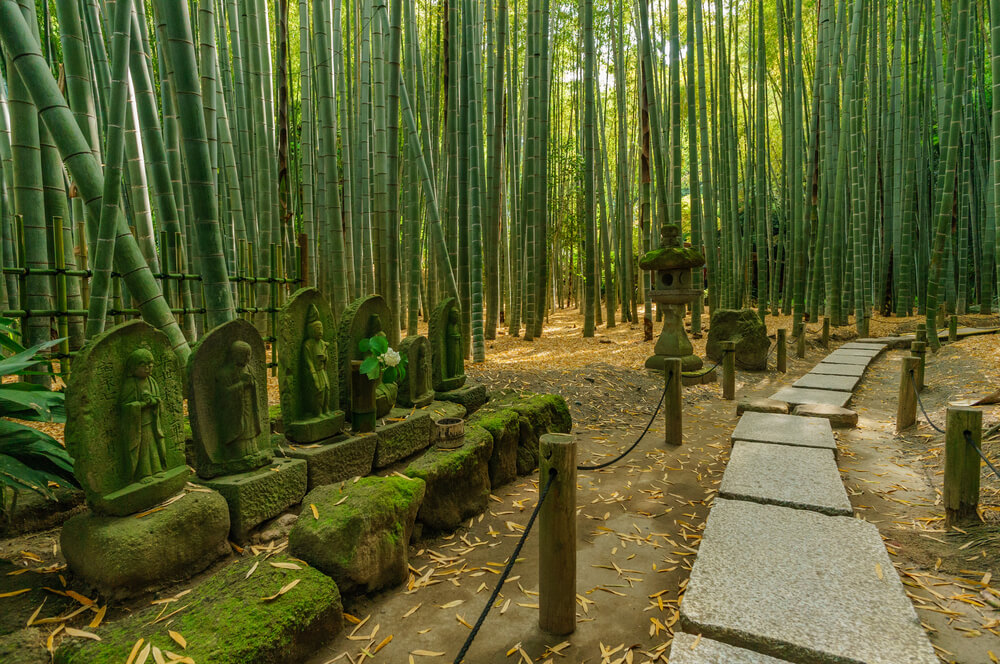 Hokokuji is one of Kamakura’s most famous tourist destinations and is known for its beautiful bamboo gardens.

A stroll through the quiet bamboo grove in early spring reveals the white sand and the colors of the plum blossoms. 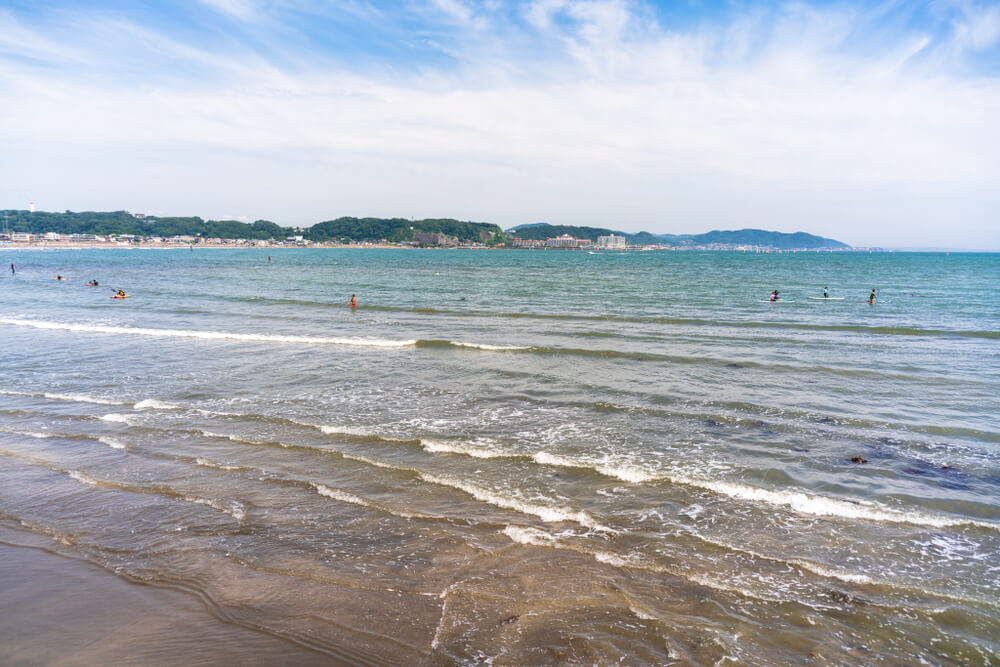 Yuigahama is a well-accessible beach, about 50 minutes from Tokyo Station and 15 minutes on foot from Kamakura Station.

In the summer, the suburbs are crowded with locals, families and couples and there are many people along the beach, such as fireworks,cafes and restaurants.

During the off-season, the beach is quiet and many use surfers and stand-up paddles.

At the beach during sunset the seaside is dyed orange and the scenery is beautiful. 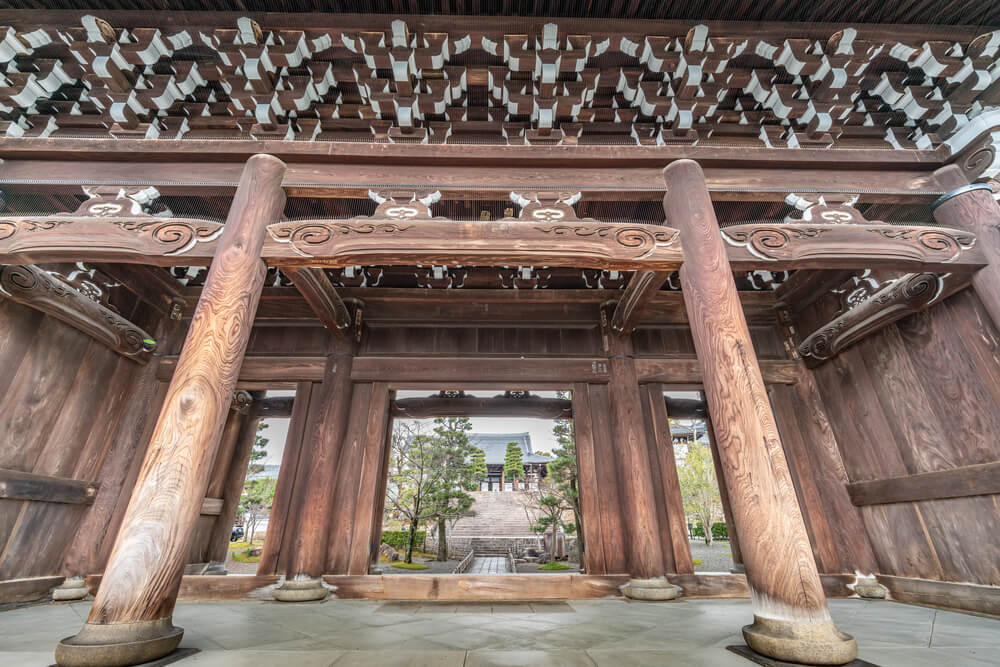 Komyoji is a temple of the Jodo sect with the scent of the tide peculiar to Kamakura, which is located in the zaimokuza of Kamakura City.

Komyoji, which is adjacent to the Zaimokuza coast is famous for cherry blossoms in spring and lotus in summer.

In the spring of the pure pond in the courtyard, there is “2000 lotus” grown from the lotus seeds taken from the remains of the Yayoi period. 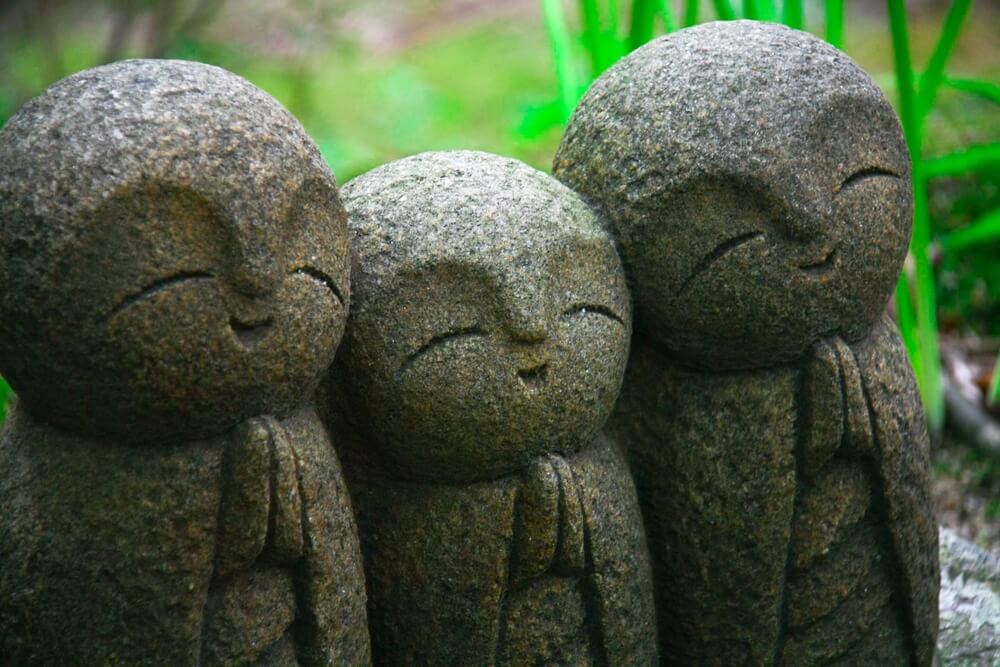 Hase Temple, famous for flowers, is known for its adorable “Nagomi jizo”which was installed in 2007.

On the way to the sutra hall, there are three good match Jizo, which are popular photo spots.

It is said to bring you peace and happiness, and is a popular souvenir. 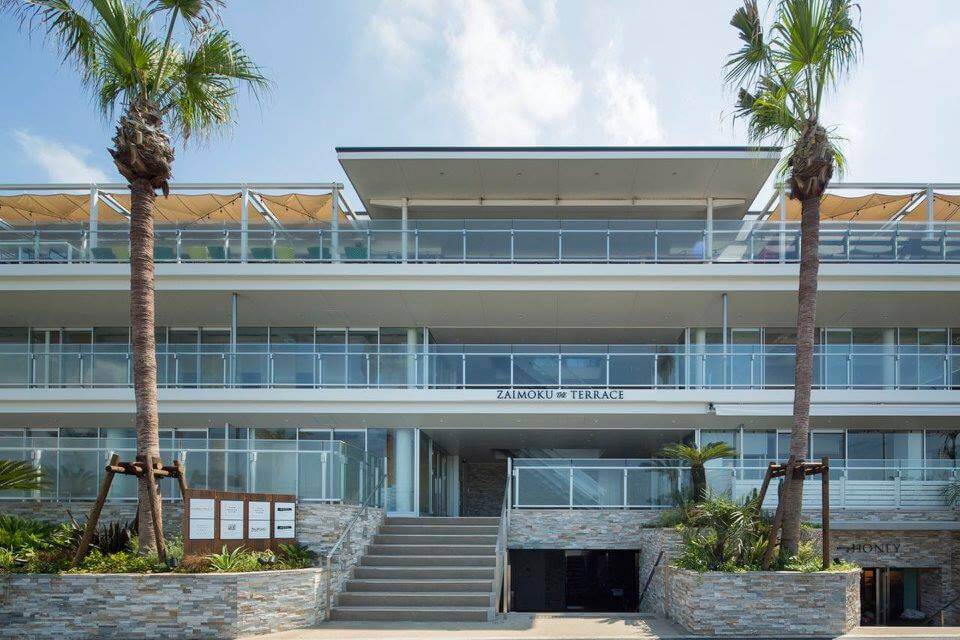 “Zimokuza the Terrace” is a complex facility facing the Zaimokuza coast.

The topic is yoga, hula, Tahitian and belly dance lessons while feeling the sea and the wind.

Since opening in July 2016, it has become a popular shopping and date spot where you can experience the resort feeling of Kamakura.

How to get around while sightseeing in Kamakura 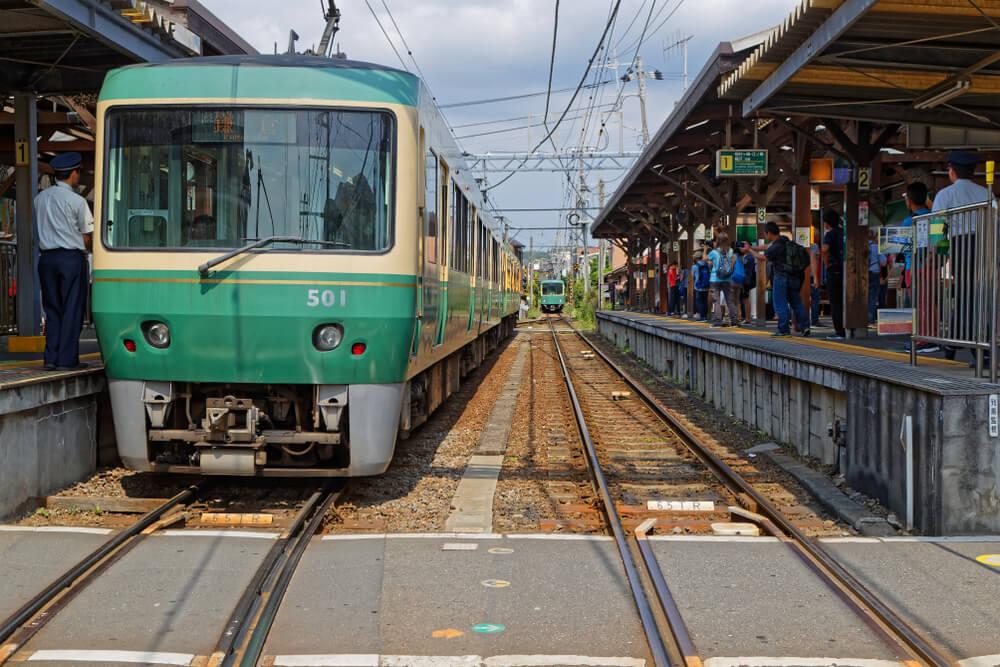 For sightseeing in the northeastern part of Kamakura, please use a local bus (Keikyu Bus / Enoden Bus).

A convenient route bus to Jyomyo-ji Temple and Hokoku-ji Temple along the Kanazawa Kaido.

At Enoshima Electric Railway, which connects Kamakura and Fujisawa, you can enjoy the beautiful sea and scenery by train.

It is convenient for going to Kamakura Daibutsu (Kotokuin), Inamuragasaki and Enoshima on the west side of Kamakura.

If you want to move to your favorite place, please use the bicycle rental shop around Kamakura Station.

How to enjoy walking around Kamakura 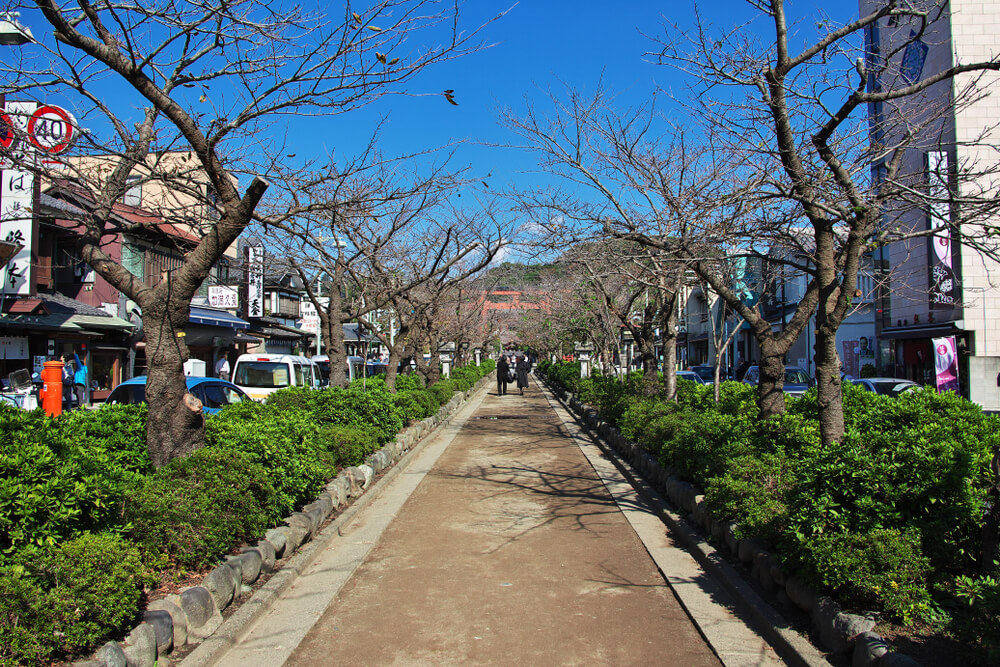 There are many slopes in Kamakura, so please wear sneakers and walk in a small alleys.

If you’re on a girls’ trip, you can enjoy the flowers of the four seasons and the shrines and temples are also popular.

How to choose an activity for sightseeing in Kamakura 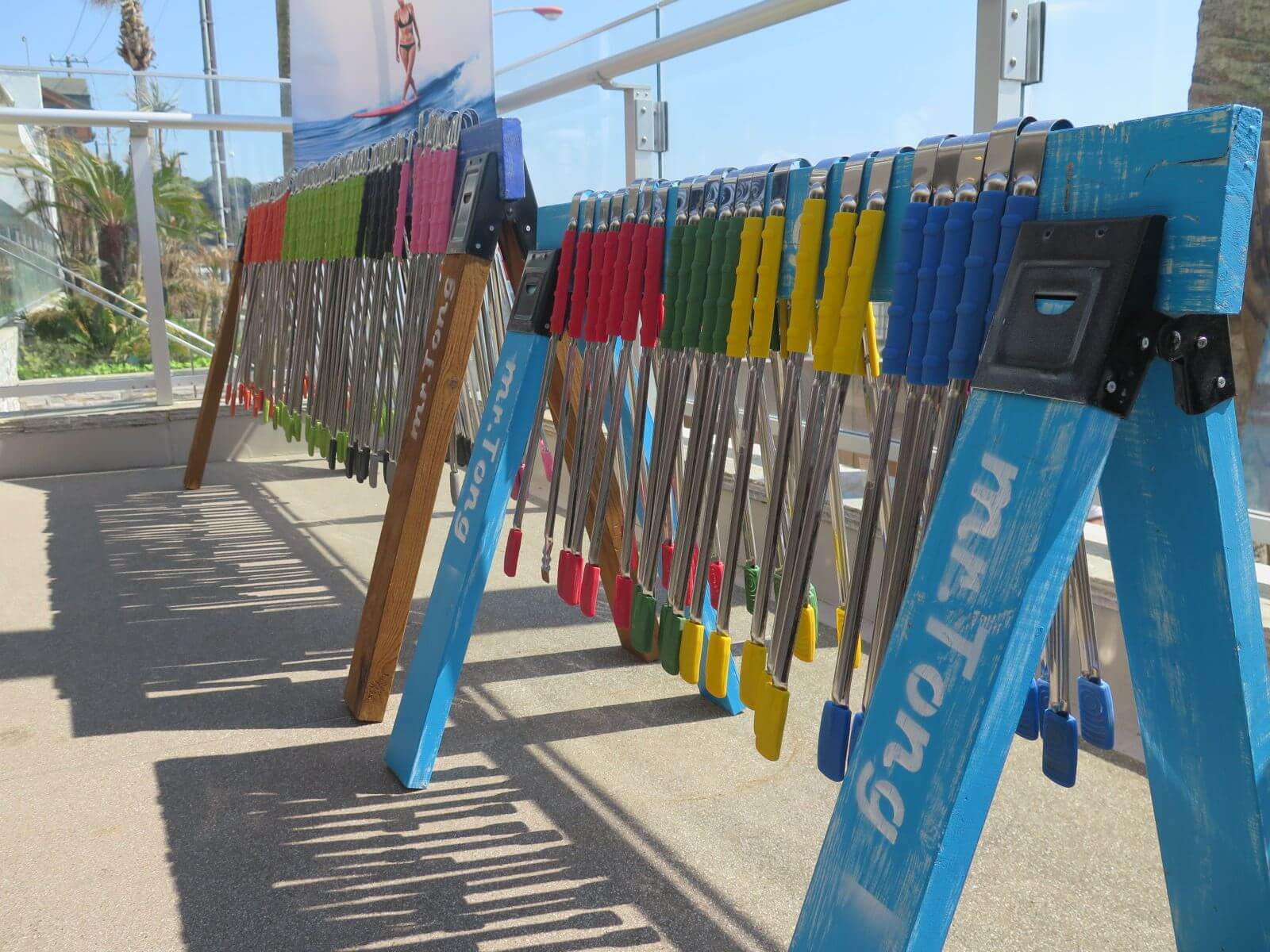 At the new spot “Zimokuza the Terrace” in Kamakura, you can easily enjoy the sea such as SUP and beach yoga.

The all-glass studio offers a variety of lessons from beginners to beach activities.

A popular spot in Kamakura surrounded by mountains and the sea. You can choose classes such as yoga, hula and Tahitian.

How to choose a meal for sightseeing in Kamakura 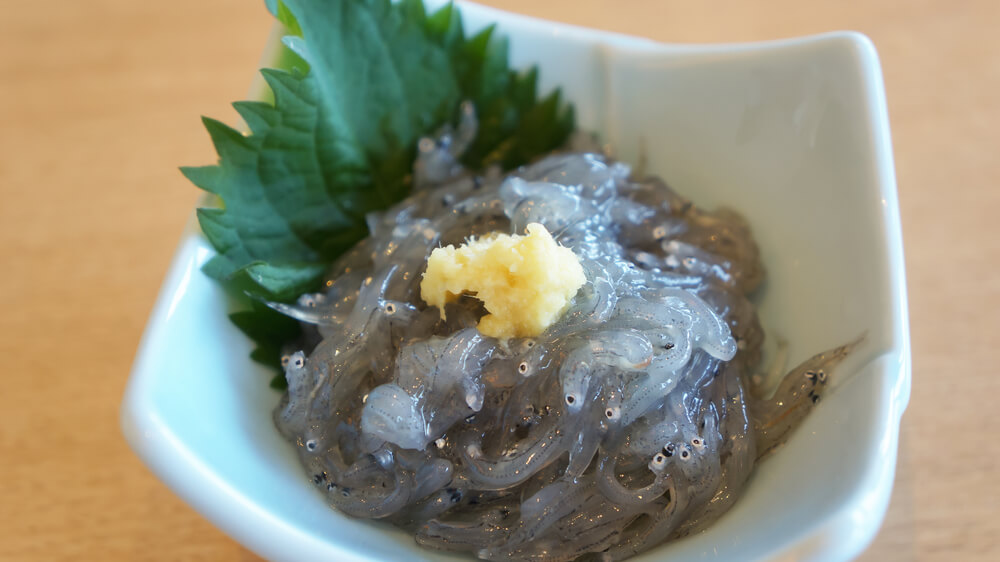 The first walk in Kamakura is from Kamakura Station through Komachi-dori to Tsuruoka Hachimangu.

There are many easy-to-eat sweets around Komachi-dori, and you can enjoy the historical streetscape.

If you walk south from Kamakura Station, you can stroll along the beach at Yuigahama and feel the scent of the tide.

How to buy souvenirs for sightseeing in Kamakura 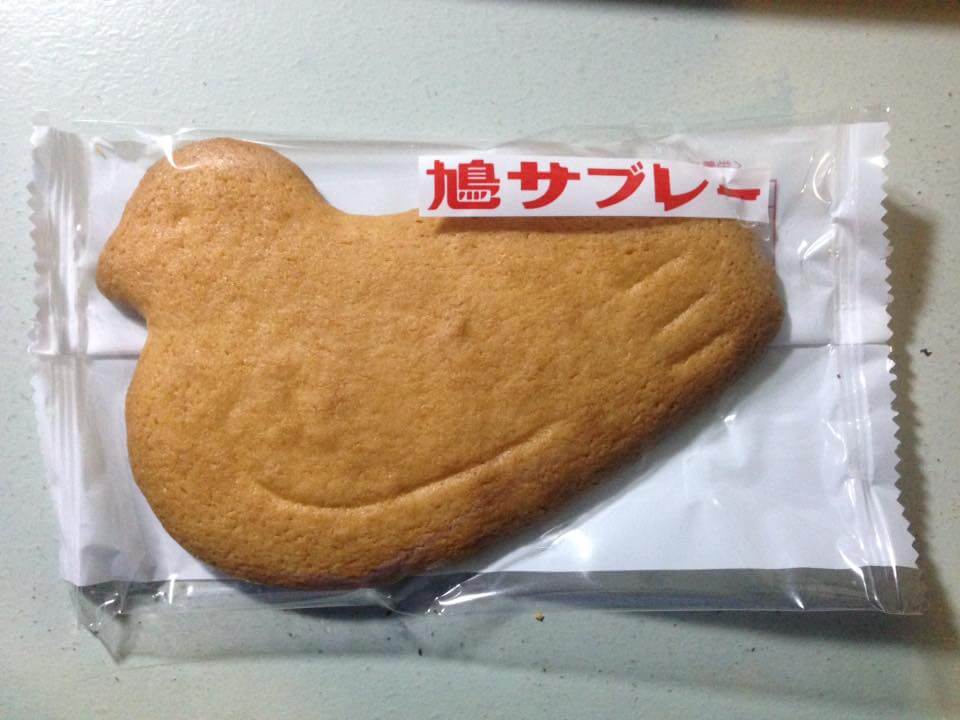 Traditional Kamakura souvenirs are in the shape of cute pigeons, it’s Hato sabre but in recent years there are many variations.

Kamakura Ogawaken “Raisin Witch” is a popular product in which cream raisins and lamb raisins that melt in your mouth are sandwiched with butter.

Komachi-dori, the shopping street at the east exit of Kamakura Station is a great spot for souvenirs and sweets.

Take a leisurely stroll along the highway to find souvenirs before heading to Tsurugaoka Hachimangu.

Good season for sightseeing in Kamakura 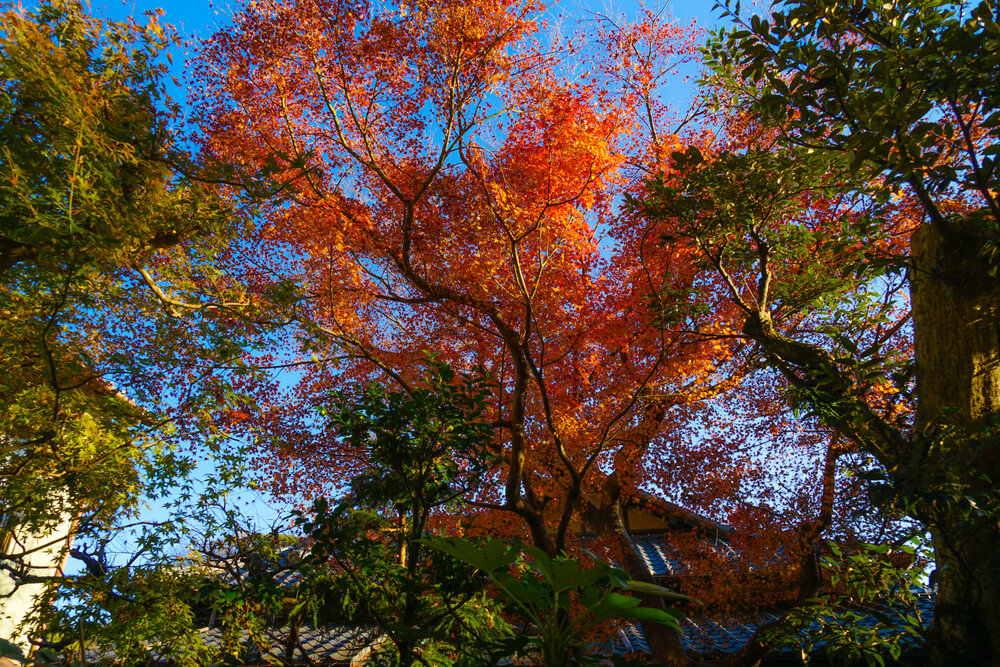 Sightseeing in Kamakura is popular all year round, but we recommend June when the hydrangea is beautiful, and November and December when the autumn leaves are in full bloom.

There are Hasedera Temple and Meigetsu-in Temple as famous hydrangea sites and many tourists visit in June every year.

From November to December, the beautiful scenery of the autumn colors is wonderful, but it is crowded, so January to February is better.

Kamakura is a versatile tourist destination where you can enjoy historic shrines and temples, plants and the sea that feel nature and the four seasons and fashionable gourmet shopping.

Easy to access from the city center and discover the charm of Kamakura while touching the expressions of the four seasons.

Let’s go sightseeing in Tokyo and Fukuoka by Japanese houseboat