The Japanese High speed Shinkansen bullet trains are not only a fast train service with the speed of 320 km an hour.

But also a safe and comfortable travel and each one designed generally with its own distinctive appearance and performance.

The history of Japan’s Shinkansen（Bullet train） first line began as it started to run between Tokyo and Osaka in 1964 when the first Tokyo Olympics were held.

Today the Shinkansen（Bullet train） is running all over Japan making it an indispensable mode of transportation for comfortable travel and business trips.

And achieving not only high speed but also a highest standard of safety and comfort.

We will introduce the Shinkansen（Bullet train） rankings that provide easy access to major cities in Japan. 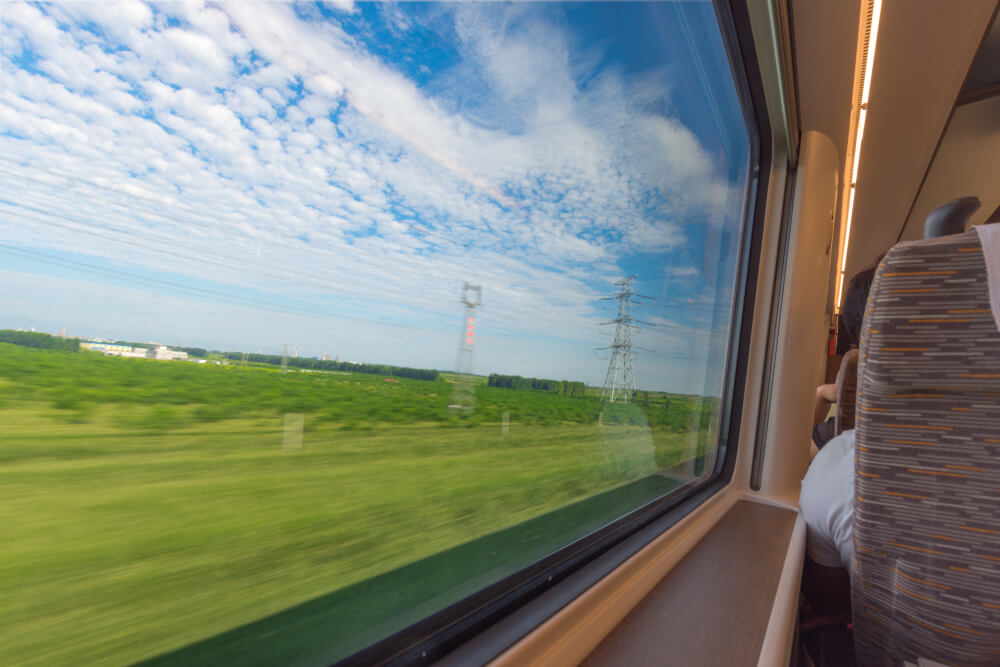 If you take the bullet train you will have a smooth access to Japans major cities such as Tokyo, Osaka, Kyoto, Tohoku and Kyushu.

As you relax ,you can watch the beautiful scenery from the window of a clean and spacious shinkansen（Bullet train） while traveling without feeling tired from a long journey. 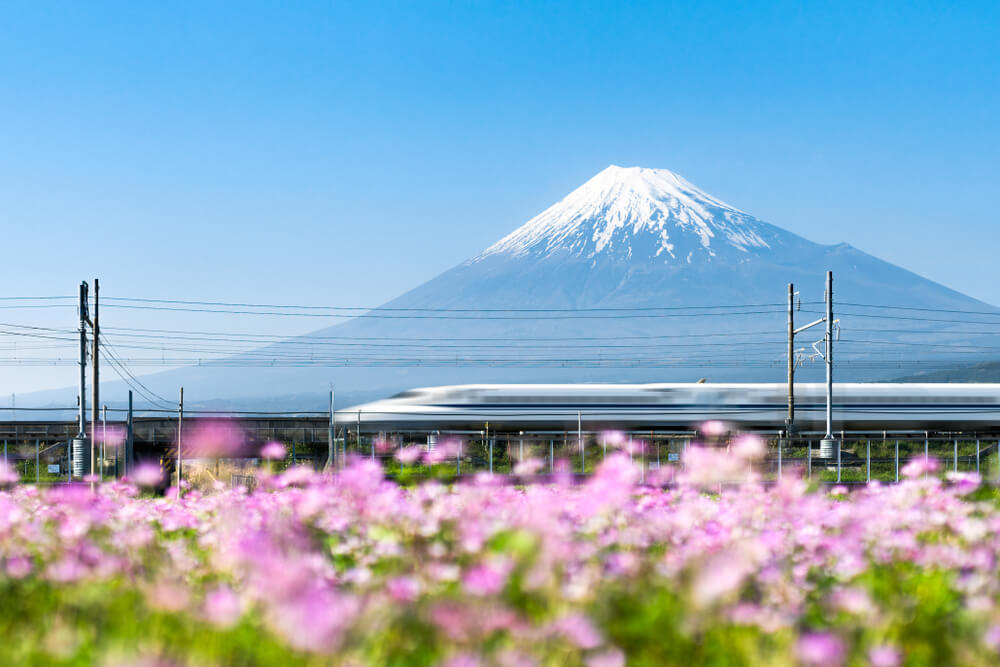 To travel domestically by a bullet train, first you must decide which major cities you wish to visit.

Once you decide about your destination you can ask for the type of seat and purchase a Shinkansen（Bullet train） ticket.

Most Shinkansen（Bullet train） cars have non-reserved seats from 1 to 3 and you can sit in any available seat of your choice.

Reserved seats requires reservation so you must purchase those tickets in advance.

The most luxurious green seats are larger and more comfortable with complete privacy and different than non-reserved and reserved seats. 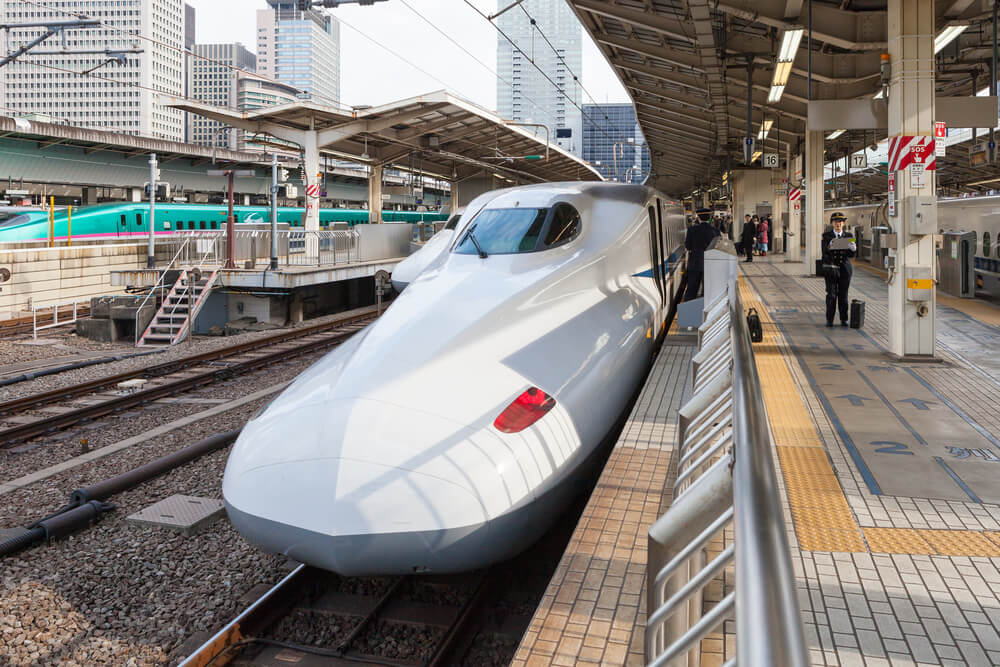 The maximum speed is 300 km and it is used as a Shinkansen representing the Tokaido Shinkansen.

The train has a 16-car with a capacity of 1,323 people and has smoking rooms. 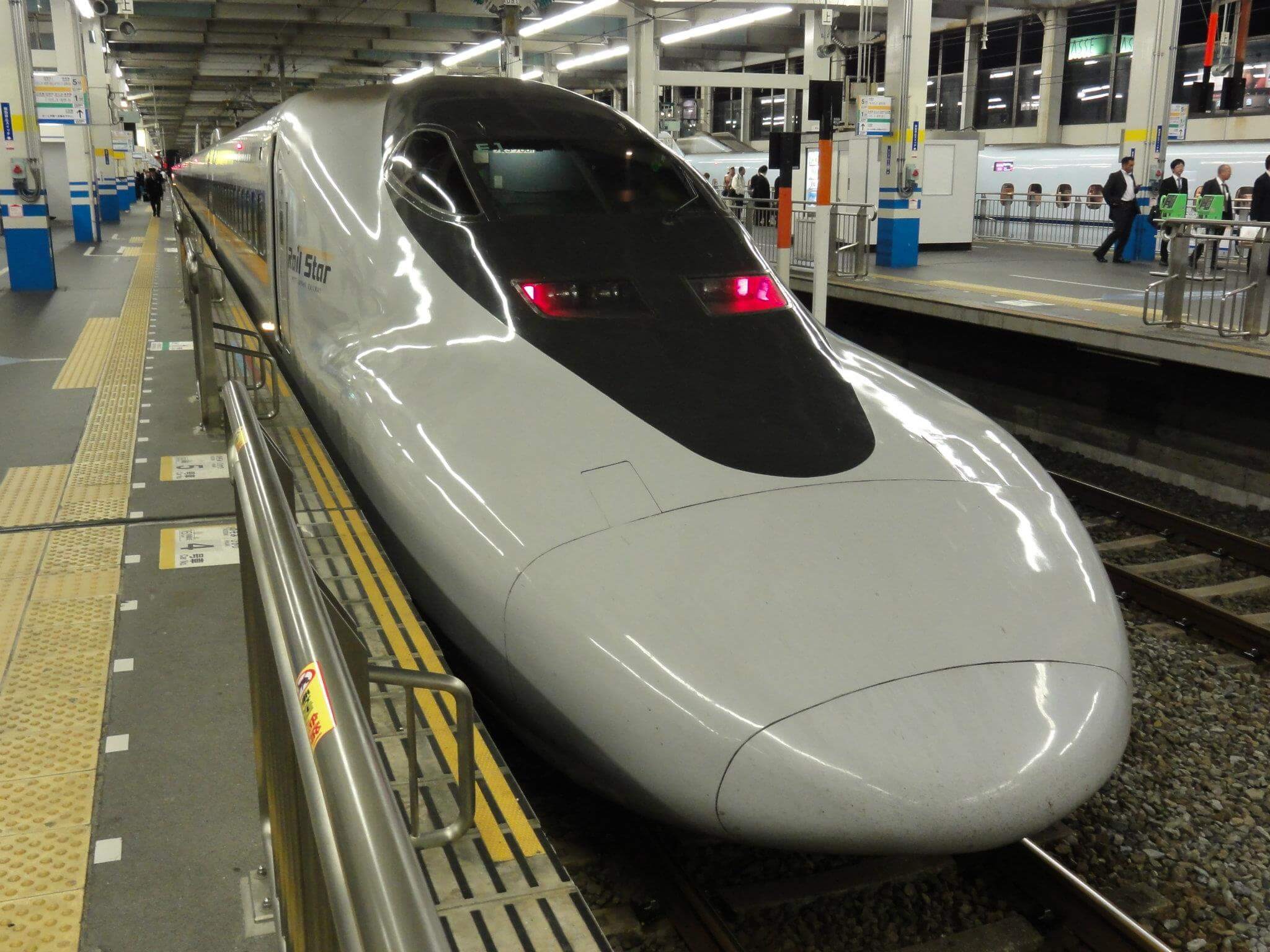 The Sanyo Shinkansen 700 series “Hikari Rail Star” has been operating since March 2000.

This is a Shinkansen train runs between Shin-Osaka Station and Hakata Station as Sanyo Shinkansen.

The Tokaido Shinkansen is scheduled to change to the N700 series by 2020. 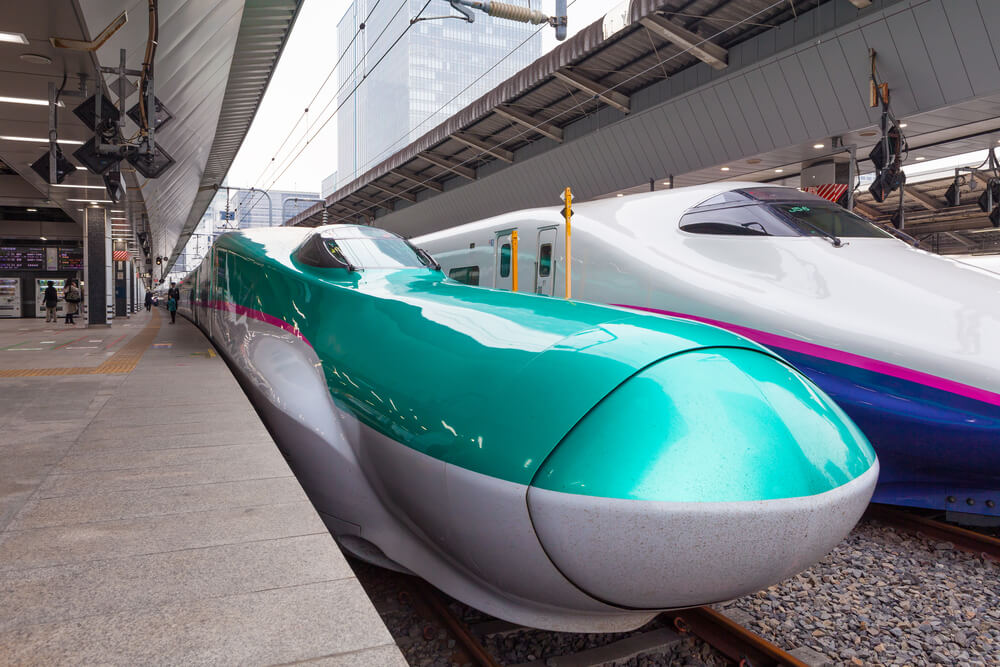 JR East line which is E5 series started operation in March of 2011 and boasts a maximum speed of 320 km.

The Tohoku / Hokkaido Shinkansen line which has a pink belt with a 10-car and has the capacity of 723 people.

The H5 series of the Hokkaido Shinkansen “Hayabusa” is purple and its designed and developed by JR Hokkaido. 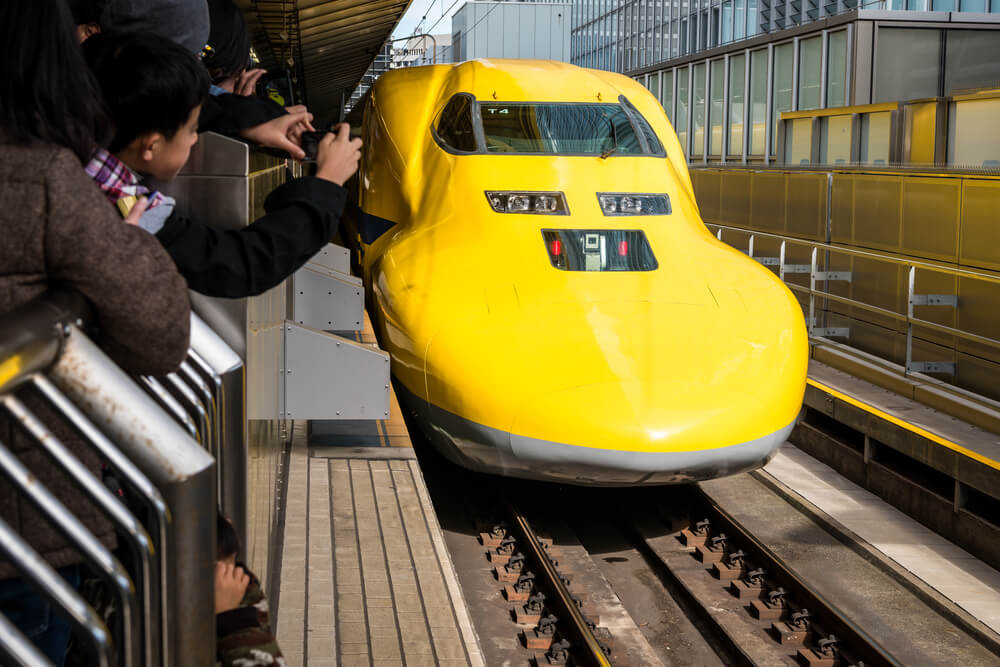 Dr. Yellow is not a passenger train but just a test vehicle equipped with technical testing and measuring machines in all seven-car trains.

Doctor Yellow runs along the Shinkansen section while measuring the distortion of the track, electrical equipment, signal equipment, etc.

It is a rare Shinkansen that can rarely be seen because the operation date and running times are not announced by JR. 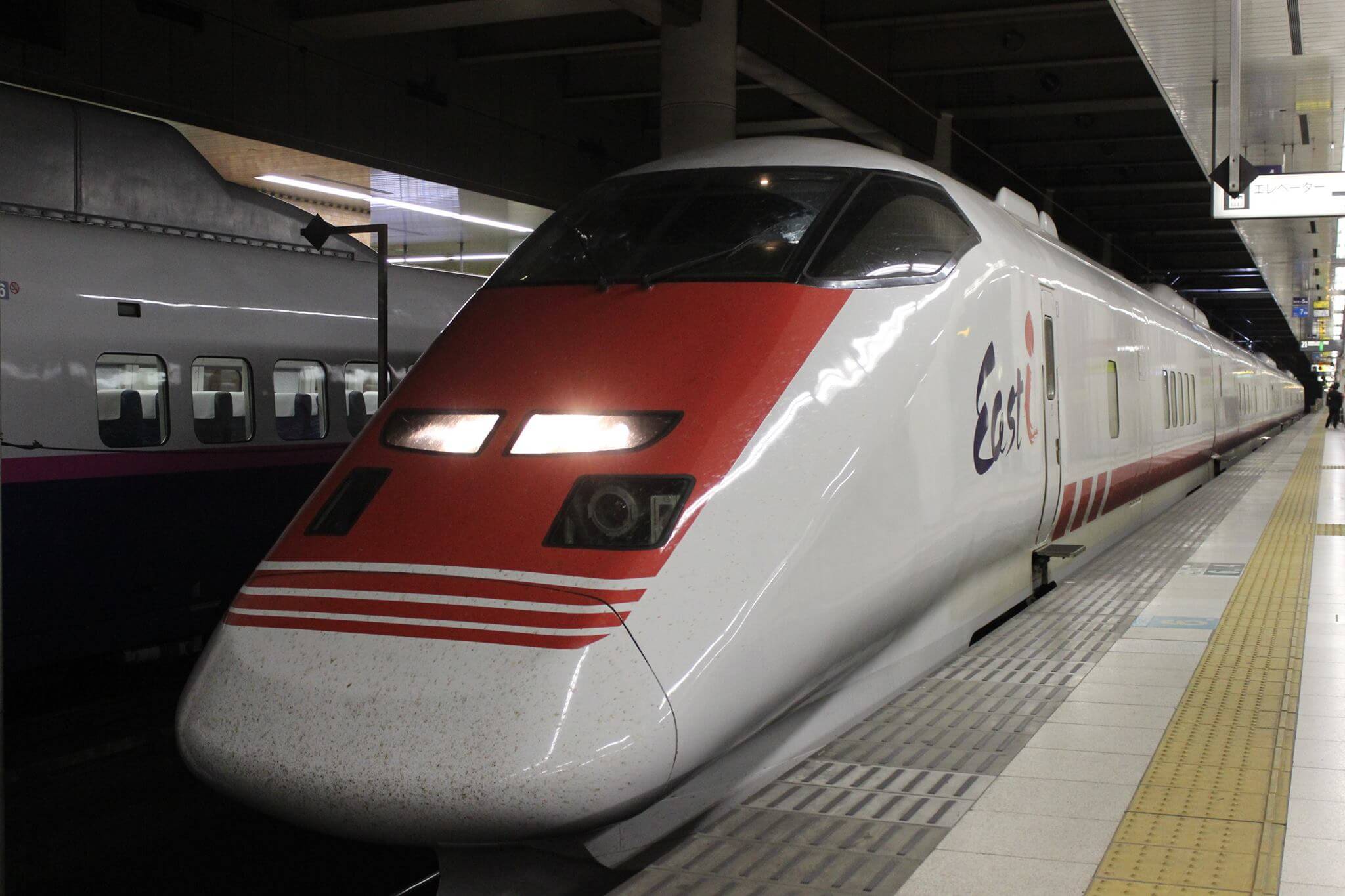 It boasts the world’s fastest inspection high speed train at 275 km and also does not disclose its operation date or running time. 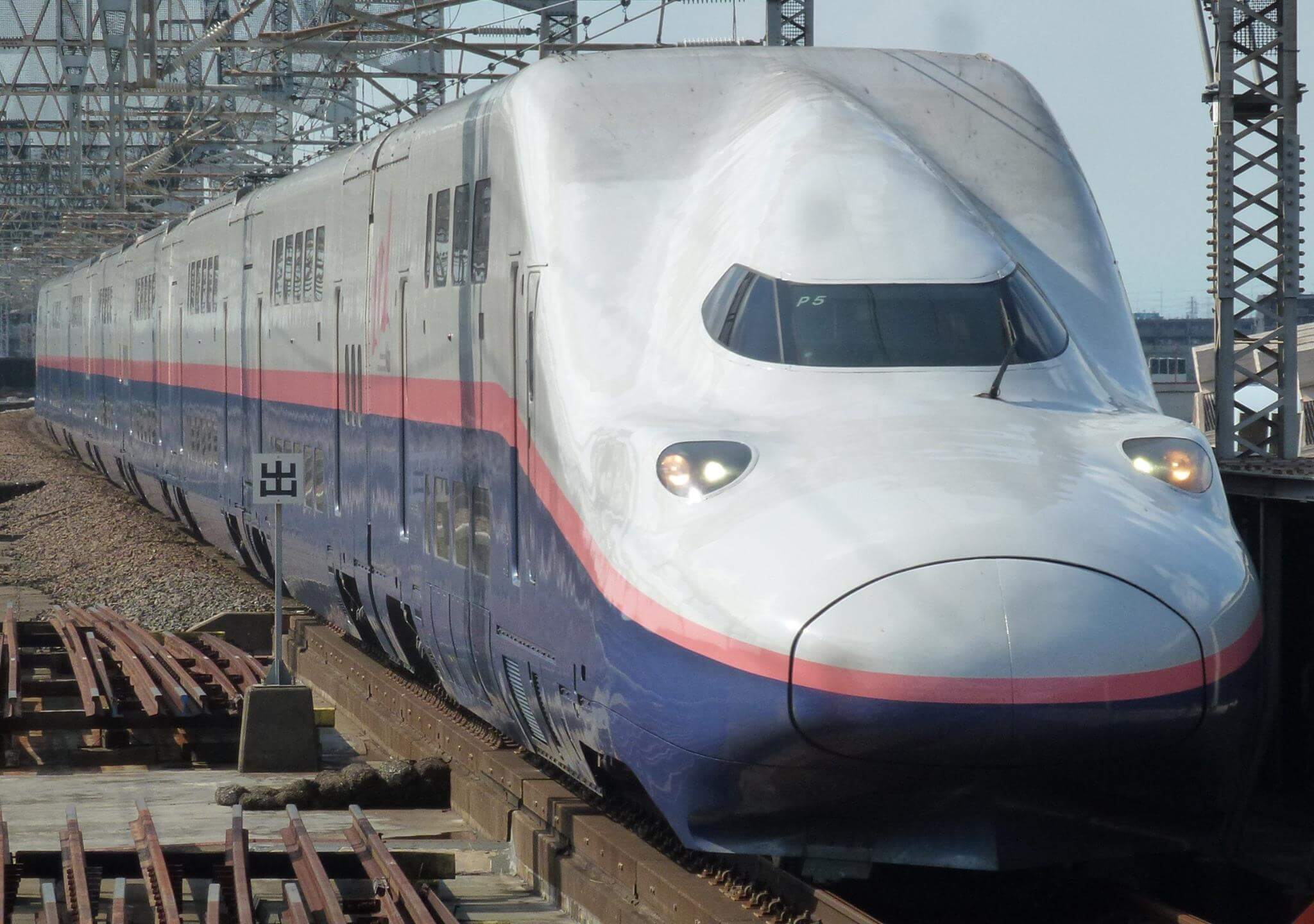 This is a two-floor Shinkansen train that started operation in December 1997.

All E4 series will be changed to E7 series by 2020 so the two-floor Shinkansen will be taken out of service. 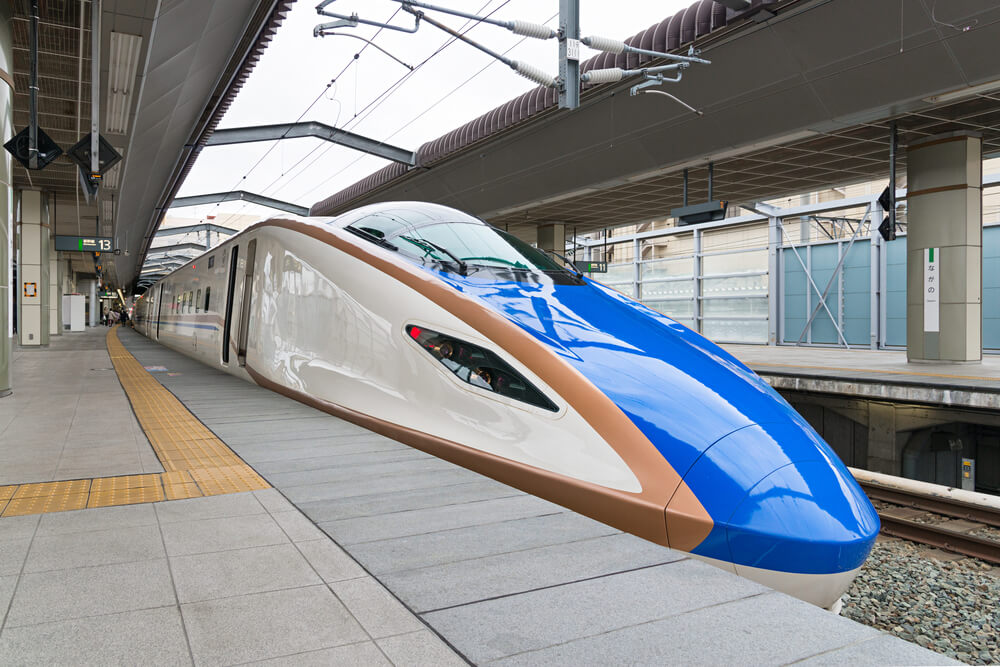 This vehicle was launched in March 2014 and was jointly developed by JR East and JR West when the Hokuriku Shinkansen Kanazawa was extended.

It is fully equipped with WiFi and barrier-free. 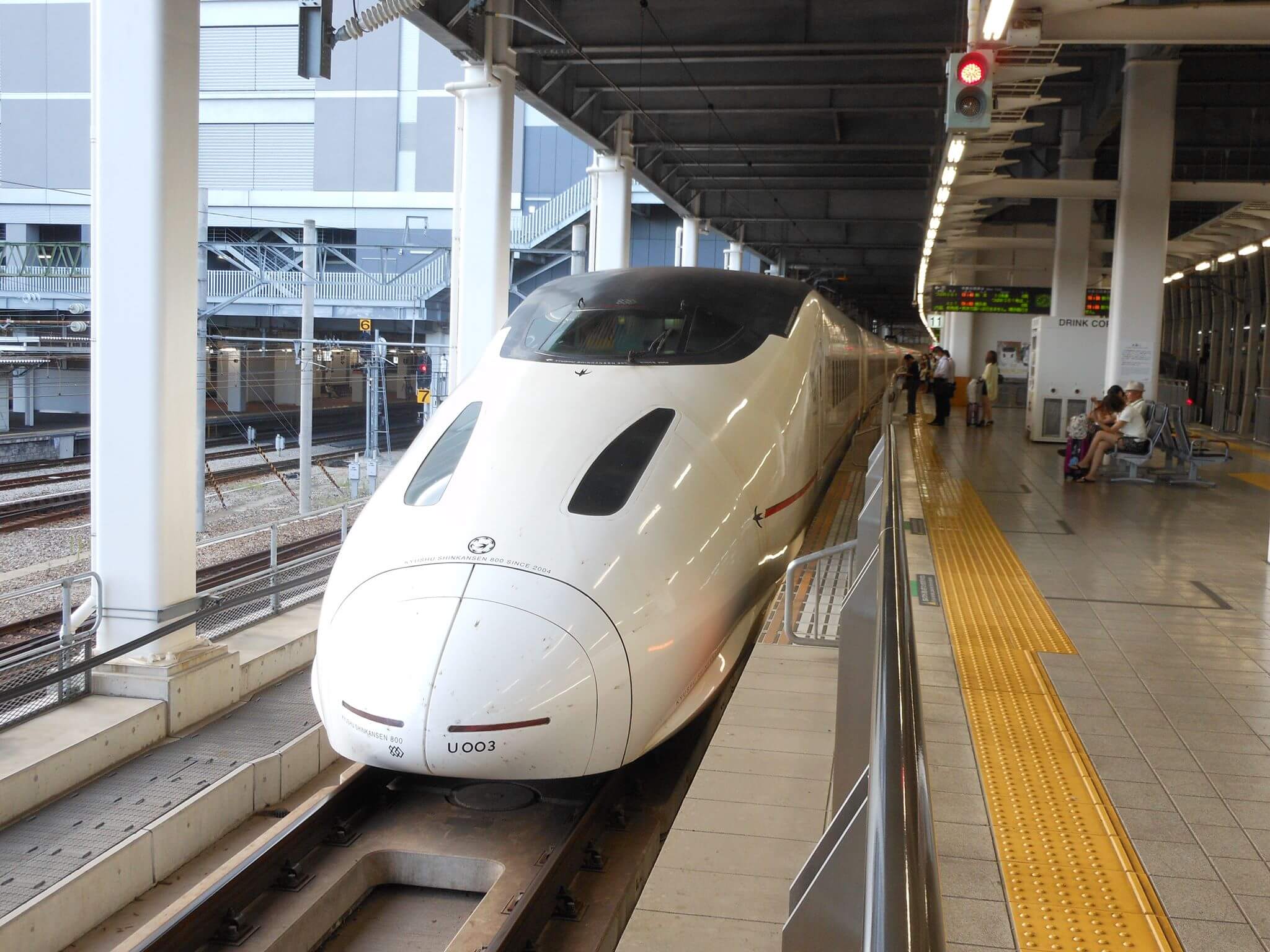 The Kyushu Shinkansen Series 800 “Sakura” and “Tsubame” are the first Shinkansen trains in JR Kyushu.

It started operation in March 2004, has a maximum speed of 260 km has eight cars and has a capacity of 392 people.

The interior has wood-grained tables and wooden roll blinds.

On the body is an illustration of a swallow by a master of railway design, Eiji Mitooka. 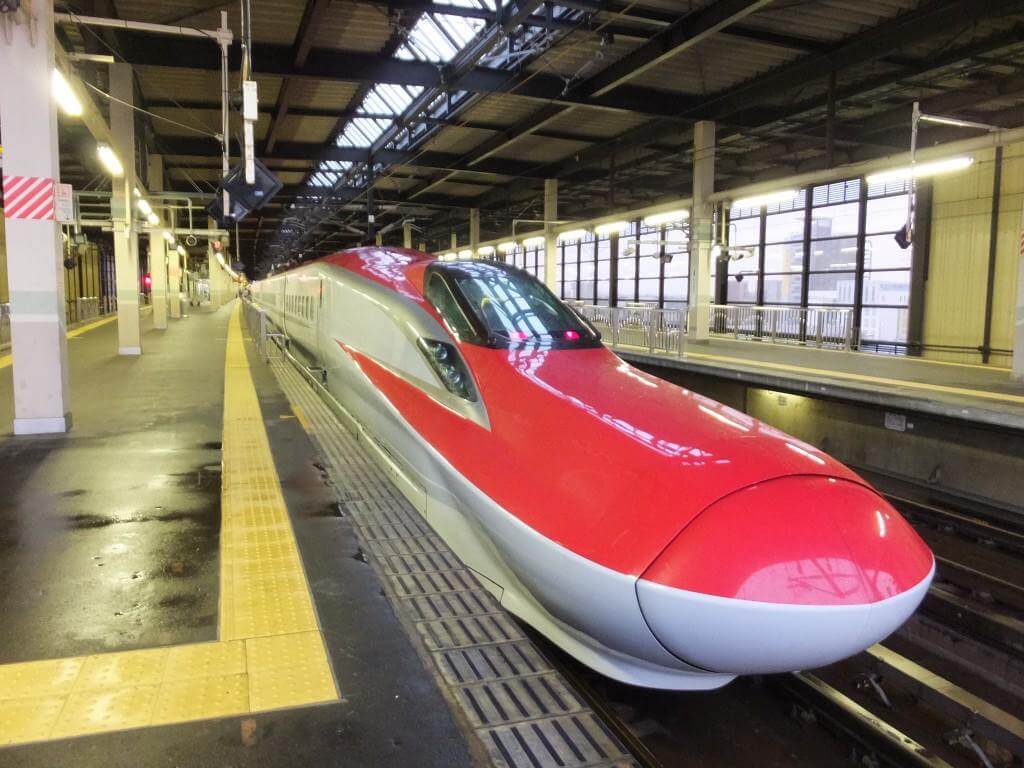 The service began in 1997 with seven trains and a capacity of 334 people.

The travel time between Tokyo Station and Akita Station is about 3 hours and 37 minutes, and the maximum length of the Tohoku Shinkansen speed is 320km.

There is also a “Super Komachi” that operates at a maximum speed of 300 km on the Tohoku Shinkansen. 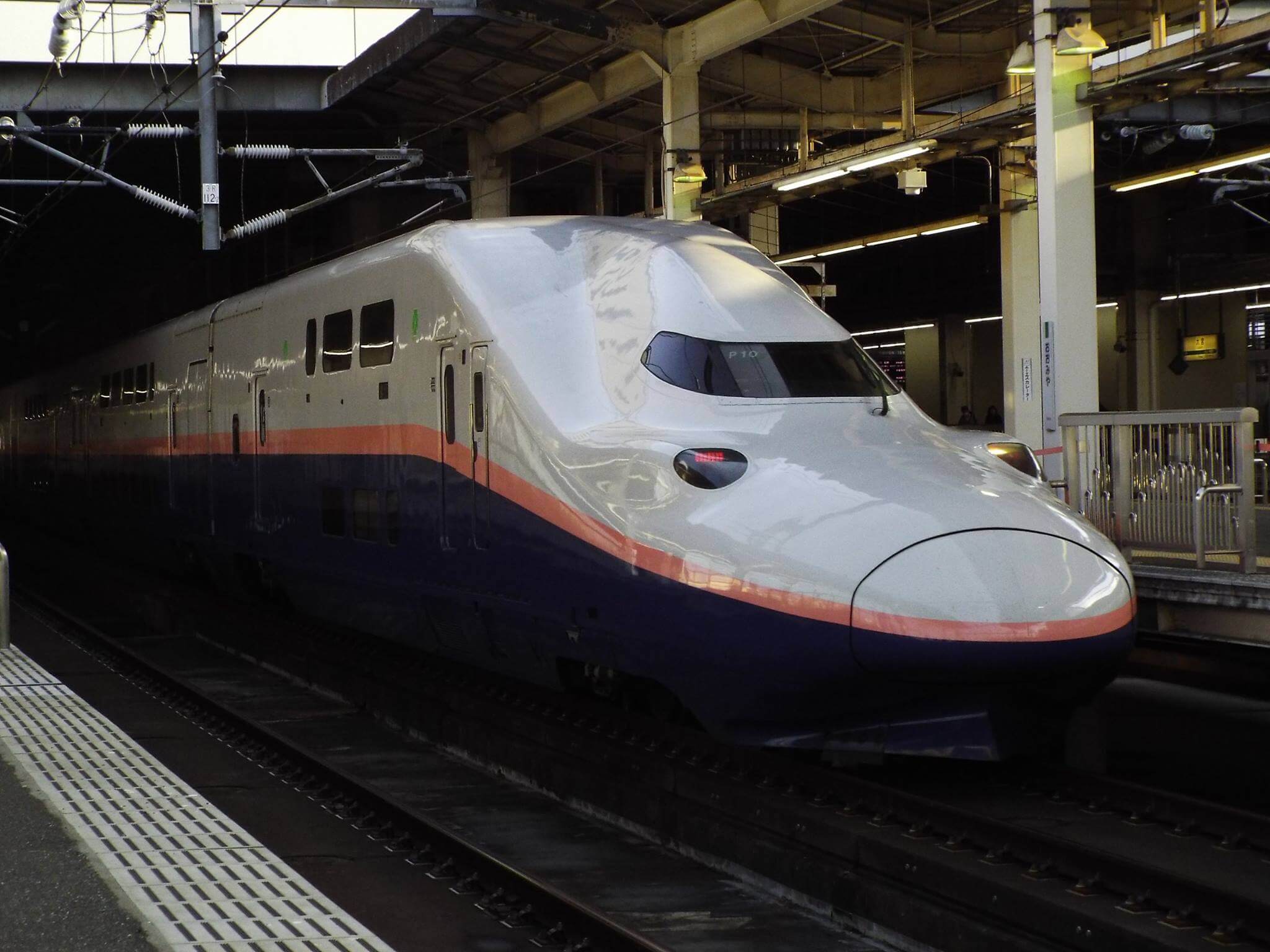 The name of the vehicle is derived from the contemporary art “Genbi”, and the exterior design is handled by photographer Mika Ninagawa.

Be careful when using the Shinkansen 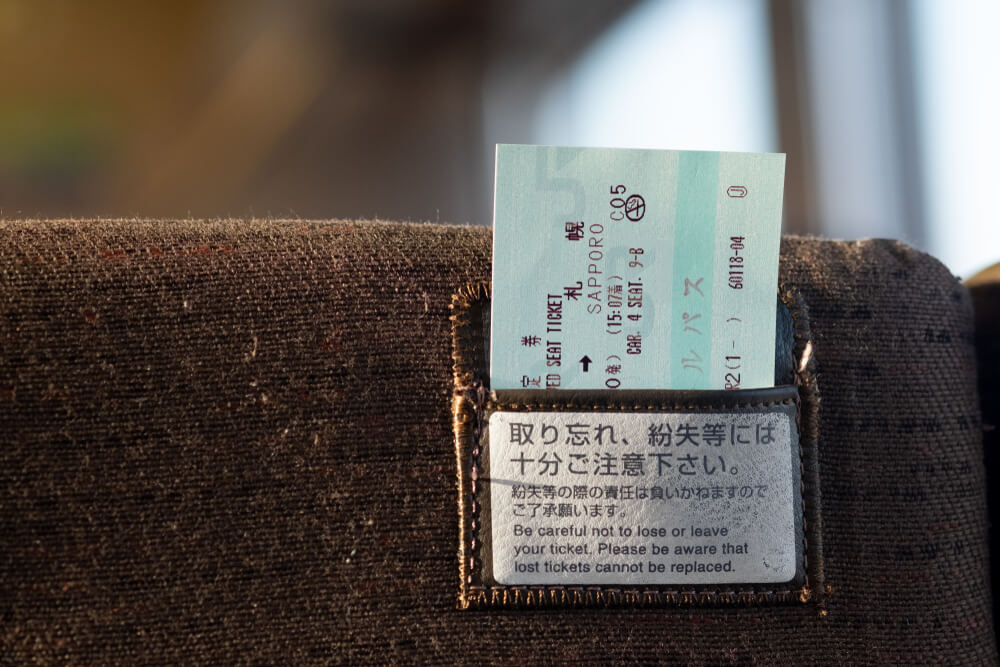 When booking Shinkansen（Bullet train） tickets on the Internet please check and make sure not to book your reservation on holidays.

The Shinkansen（Bullet train） is very crowded during the holidays, such as the New Year holidays, the mid-August Bon Holiday, and the May Golden Week holidays.

Also, be aware that the Shinkansen（Bullet train） reservation site differs depending on the destination area.

After making a reservation online you will need to pick up your ticket at the “Midori Window” at the boarding station or at a ticket vending machine in Japan.

The station may be crowded on your travel day so make sure to have enough time to pick it up on time.

The Japanese Shinkansen（Bullet train） is always accurate and on time, so you can spend a very comfortable time while traveling.

Please take advantage of the High Speed Shinkansen（Bullet train） and enjoy your wonderful trip in Japan.

Check the Best Japanese Animation of All Time【2022 Ranking】